The Need for Green Spaces

Phnom Penh residents are active. In the evenings just about any available space fills up with people playing badminton, football, or shuttlecock, or simply hanging out talking to friends. The city’s streets are however not the safest places to play and do sports, especially for children. As such, the city’s parks are in high demand. Yet only 0.66 square kilometres of Phnom Penh are officially public parks, representing only about 0.1% of the entire city. And all of the public parks are in downtown Phnom Penh. Although the city’s outskirts for now have plenty of open space, none has been designated as a public park, and with private developers running the show, it seems any vacant land is more likely to end up hosting the next borey than a common green space.

The Importance of Parks

Parks play an important role in the urban environment and take on many roles. They provide a spot for people to gather and socialise. Outside the house children can be as loud as they want and with as many of their friends as they like. Being public by nature, parks are ideal for socialising as they eliminate social boundaries. Go to a park in Phnom Penh or any other city and you’ll find people from all walks of life enjoying them. Everyone is equal in a park.

Parks are also a spot of greenery in the otherwise drab cement and glass constructions that we live and work in. Breaking up the drudgery of the urban landscape with some greenery is vital to the health of both the city and its residents, and helps to diminish the noise and pollution produced by the city. The Botanical Gardens in Singapore for example are an oasis of calm in the busy city-state. 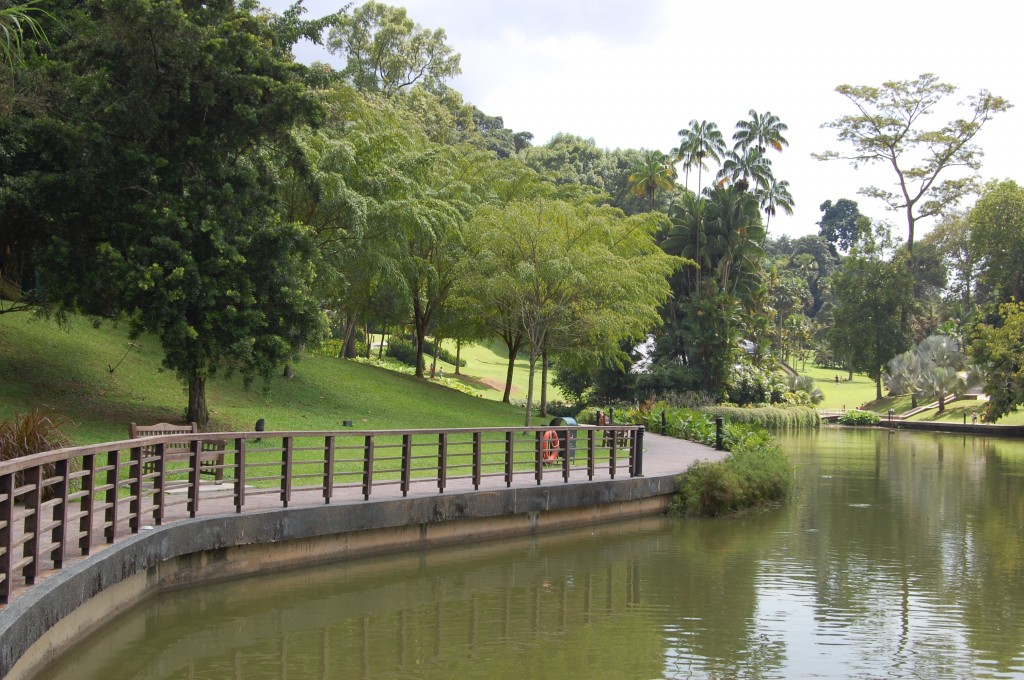 Jogging, aerobics, playing a team sport or doing yoga, are all possible in a park. Some parks – such as Phnom Penh’s Riverside – even have outdoor gyms. In Bangkok, the green and shady grounds of Lumphini Park are a popular place for locals to exercise. 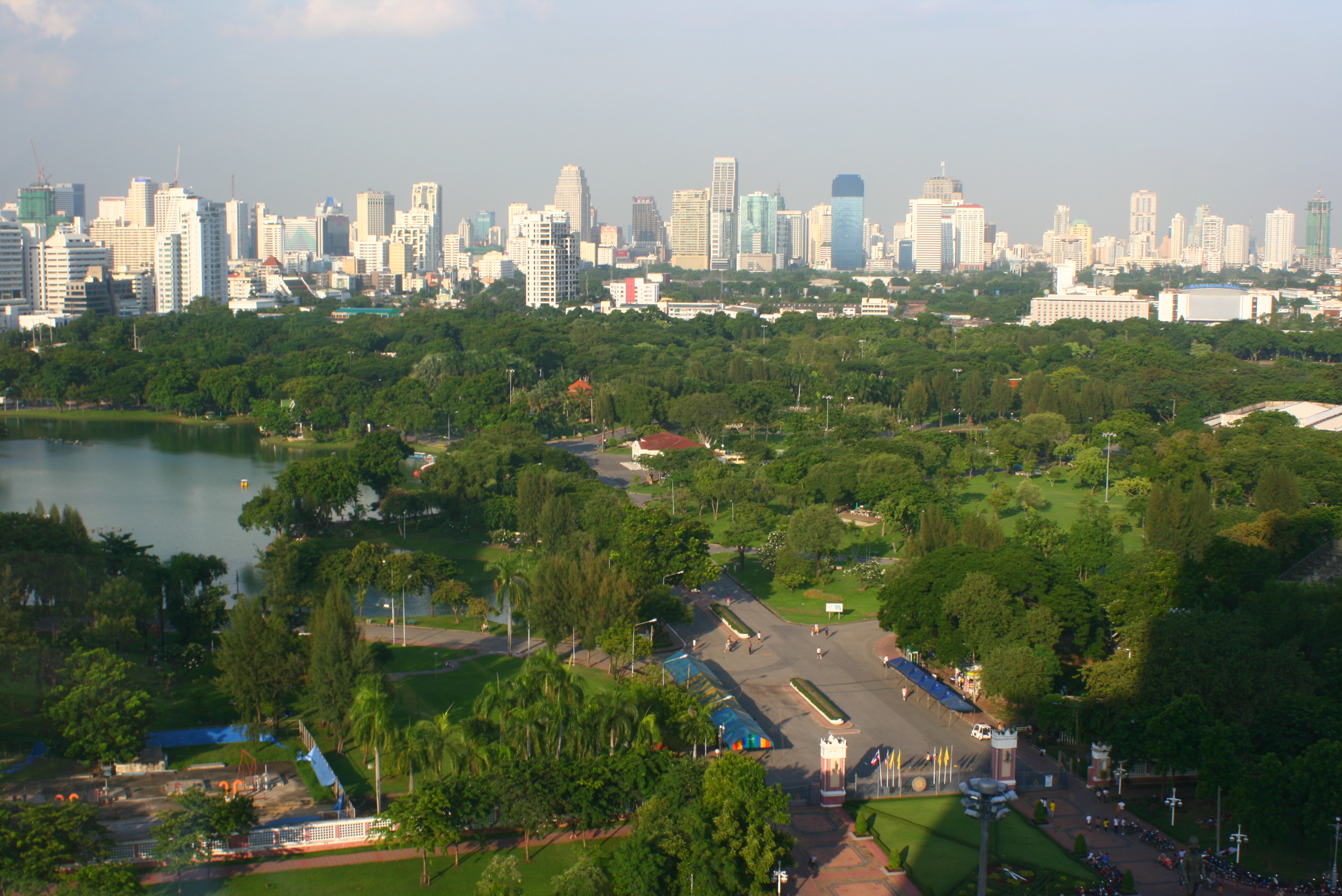 Monuments, memorials and other historic, culturally-significant events are commonly showcased in parks, creating a space in which to contemplate the history of a people or nation. Parks can be used to highlight the memories of a country and allow the people to experience the art of the monument or memorial in a setting designed for that purpose. Beihai Park in Beijing is an excellent example of a park used to illustrate a country’s history. 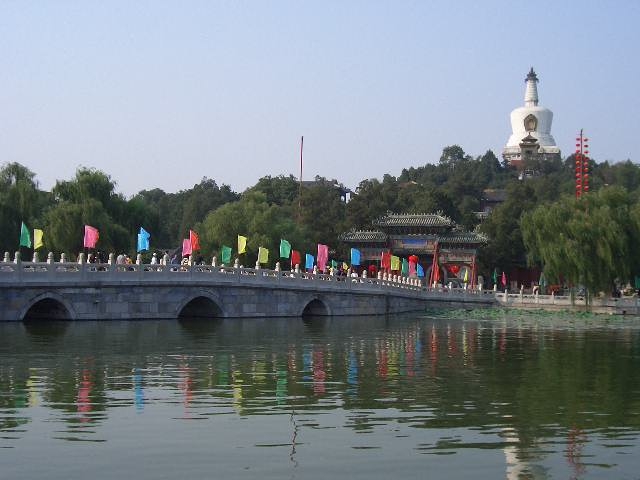 Phnom Penh is in need of more parks. Only a dozen or so larger green spaces exist in the capital, and while these fill up in the evenings, people are noticeably absent from the city’s parks during the day. Daytime usage is low due to limited shading; few of Phnom Penh’s parks have extensive tree coverage. Indeed, most of city’s parks seem to be designed less for the city’s residents than for ornamental purposes.

As the city grows, the increasing population is putting more and more pressure on the existing parks, with many parks crowded with people at nightfall. Instead of recognising the residents’ need for more public spaces, however, vacant land is rapidly developed; even the surroundings of the much-loved Olympic Stadium have now been sold off.  Similarly, the authorities are failing to develop more parks as the city expands, meaning residents outside the city’s immediate centre have access to very few green spaces in their immediate vicinity.  Anything even remotely similar to Lumphini Park in Bangkok, the Beihai Park in Beijing, or the Botanical Gardens in Singapore is missing in Phnom Penh. 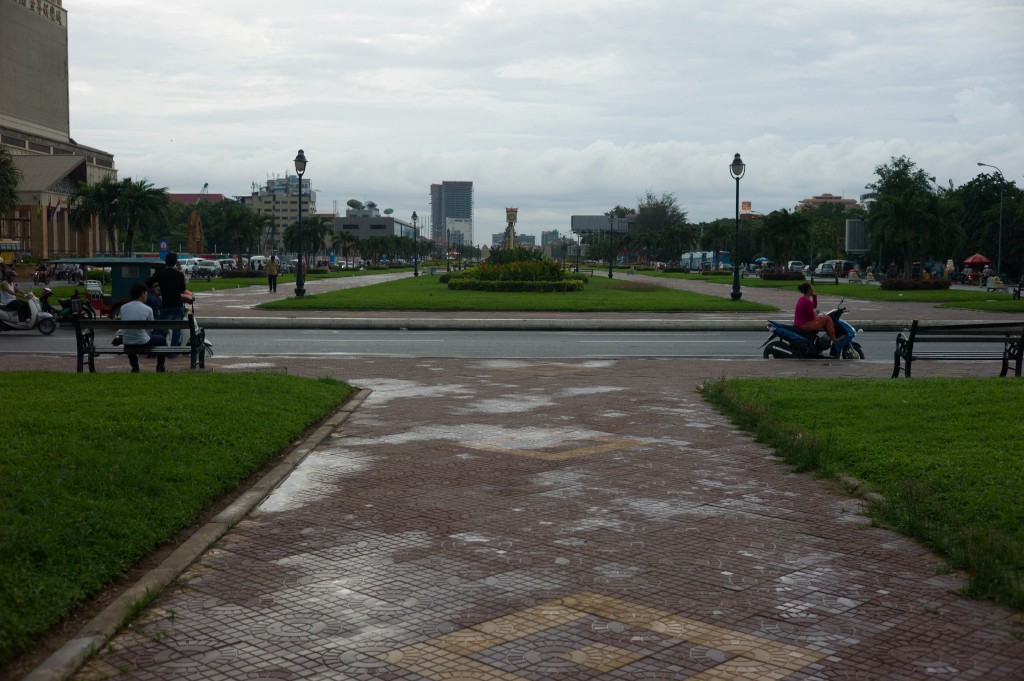 In response to the increasing demand for sports grounds, a number of artificial turf fields have opened around Phnom Penh over the past year. Privately owned, these facilities charge a small fee for use and have proven particularly popular with local football teams. While the artificial turfs are not parks, their popularity speaks to Phnom Penh’s need for more public space.

To showcase the need for more and better parks the Urban Voice Team has been using the Map to indicate where people can go to play sports and what public spaces there are. Click on the criteria “Places for Leisure”, and it’ll show parks, sports facilities, and play grounds in Phnom Penh. And don’t forget you can add any that are new or we missed by clicking “Submit a Report”. Phnom Penh, after all, is not just a place to live and work but also a place to socialize and exercise.

What we can do to ‘live greener’ and effect change, according to experts